Click on the images below to view Charles photographs 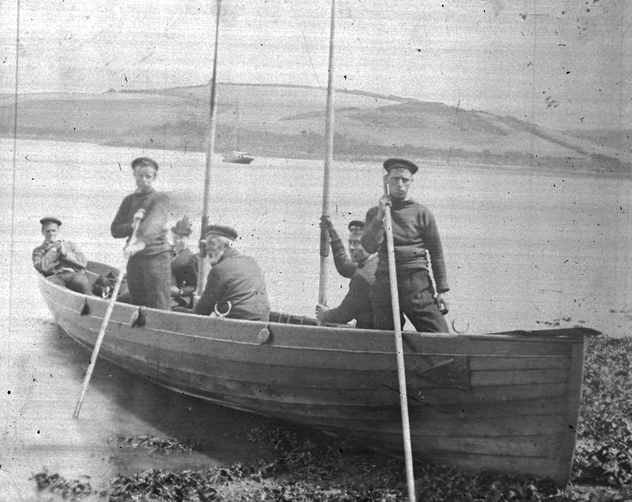 While living in England, friends of mine let me print these glass plates. I tried Platinum first but found the quality of the negatives were not exposed as I had hoped, so I made contact prints on silver paper the best I could. These must be from the last half of the 19-century based on the way the men are dressed and the configuration of the sails. The glass plates were not in good condition so I only made one copy when I was satisfied with the best I could do. I don’t know if the glass plates were handmade or if they are dry plates.

Click on the images below to view Charles photographs 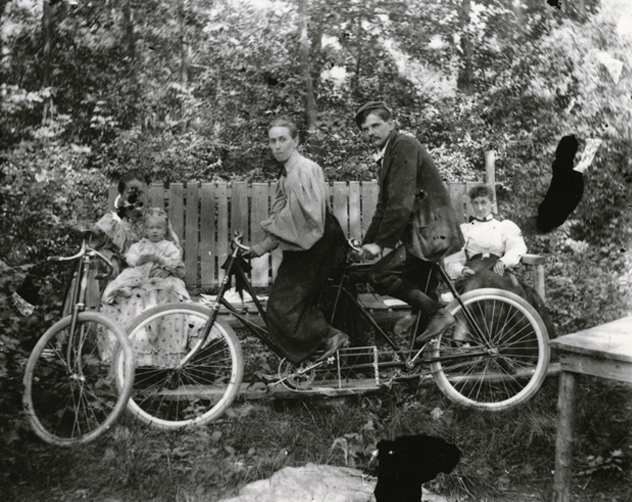 This series of photographs is a snapshot of life in America at the turn of the last century.

The photos came from my friend Peter Williams of Peter Williams Museum Services, performs art restoration in Boston, MA. Last summer he called me and asked if I could print some old glass plates which he had acquired at an estate sale 30 years ago for a few dollars. They were so fragile, and in some cases the photographic emulsion was coming off the glass. I decided to make contact prints and have them scanned for the website.

I also made enlarged prints and sent them to the Bicycle Museum of America in Dayton, Ohio to see if they could find someone to identify the people in the photographs or where the photos might have been taken. I thought that maybe the bicycle racing team picture or the overly large bicycle would give some clues. As of yet they have not been able to identify them. My contact at the museum is holding the prints for their next annual bicycle collectors meeting to see if they can find something about them then.

These pictures were taken around 1899. The sign in the frame shop is for White Sewing Machine and Bicycle Company.

You will also notice that several of the people are in different photographs. There is what appears to be a very serious meeting at night between four men. I think they own the manufacturing company producing bicycles. Something that sticks with me is that the women spared no expense in making their clothes and the gentleman wore ties and long coats.